Vitals Global Healthcare was transferring millions of euros to Bluestone Investments as soon as it received large payments from the government, an exercise in Malta weather confirmed.

The newspaper analyzed company records between 2016 and 2018, when VGH was sold to Steward Health Care for €1.

On several occasions, the transfer to Bluestone Investments took place within hours of the transfer of government funds to Vitals.

The transfers reported by The Times are:

These payments were made on more than 70 transactions.

It is unclear why these substantial funds were transferred to Vitals, whose directors were Vitals frontmen Ram Tumuluri and Mark Pawley. The company has only filed one set of audited accounts for 2015, a year before it began indirectly receiving public funds.

Tumuluri had repeatedly maintained that he had taken advantage of the controversial concession to run three public hospitals – St Luke’s Hospital, Karin Grech Hospital and Gozo General Hospital – with his lawyer saying he had even deferred salary to support Concession operations.

Steward Healthcare also made a number of payments to Bluestone, and in an earlier investigation The Times reported that Pakistani national Shaukat Ali – one of the signatories to a secret memorandum of understanding with the government prior to the Vitals contract — and his family had “dealed millions” from the concession originally given to Vitals and later ceded to Steward. Payments to Ali, his two wives and four children were mostly made through Bluestone.

Passport buyer and his family have ‘processed millions’ of Vitals, Steward 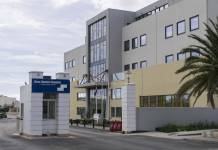 Reacting to the story, academic and independent political candidate Arnold Cassola said that while the “Vitals scam” was now a proven fact, one particular line of questioning remained unexplored.

“Which financial institutions facilitated these transfers? Which banks? What commercial obligations and responsibilities have been undertaken by the bank(s)? Who in the bank(s) performed due diligence on Vitals in making this deal,” he asked.

He pointed out that banks normally halt any transfer over €10,000 unless the proper documentation is provided.

“So how did the relevant bank(s) approve the transfer of millions of Vitals as if they were change money? Who checked the financials and accounts of Vitals?”

These questions, he added, “require quick answers to determine if there has been collusion between Vitals, politicians and our financial institutions.”

BE THE FIRST TO RECEIVE THE LATEST NEWS