Keith Bromyard first became aware of his symptoms in October 2021.

Less than two months later, he was diagnosed with pancreatic cancer, which claimed his life at just 65.

The cancer has the lowest survival rate of any common cancer in the UK – with more than half of patients dying within three months of diagnosis.

Now her daughter Rebecca, is calling on the government to ensure all patients are offered GP appointments within two weeks. 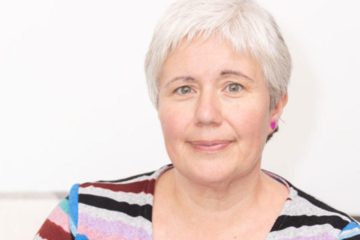 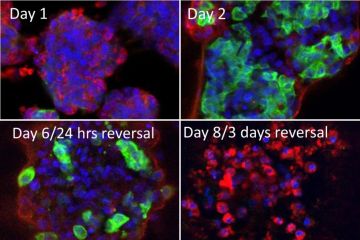 However, he had to wait months for tests, which would later find he had pancreatic cancer.

He was diagnosed on December 30, 2021, but was told it was found too late to be eligible for the only cure for pancreatic cancer, surgery.

Rebecca, 38, said her father had been given some hope as he was told he was the perfect candidate for chemotherapy.

But while waiting for treatment, he encountered several canceled appointments.

Still in pain, Keith’s wife was once forced to call an ambulance on February 9 this year due to her husband’s pain.

Rebecca said: ‘He was out of the hospital in the ambulance for 7 hours on the stretcher due to a backlog at A&E.

“Even though it was oncology that he was supposed to go to, he still had to be triaged by A&E.

“It’s absolutely unacceptable: firstly, it was extremely uncomfortable for him because he had started to develop pressure sores on his back; and secondly, a whole team of paramedics and an ambulance were outside the building. hospital for 7 hours when they were probably needed somewhere else.”

Sadly, Keith passed away just three days after being admitted to hospital, never having seen his oncologist.

Now Rebecca is working with Pancreatic Cancer UK on their ‘No Time to Wait’ campaign.

The charity is calling on UK governments to publish funded cancer plans to provide faster diagnosis and treatment for people with pancreatic cancer who don’t have time to expect.

Rebecca added: “The government said everyone would get a GP appointment within two weeks.

“Two weeks when you have pancreatic cancer is such a long time.

“It’s too long. It’s so fast. It must be higher on the government’s agenda because the signs that dad had shown, if they had been detected earlier with a scanner, it might have been a bit more manageable for everyone.

“It may not have been a shock, or he may have had chemo.”

The 6 signs of pancreatic cancer you need to know

Pancreatic cancer occurs when malignant – cancerous – cells form in the tissues of the pancreas.

The NHS says common symptoms include abdominal and back pain, unexplained weight loss and jaundice.

Other symptoms may include:

Data from Pancreatic Cancer UK shows that almost 60% of people with the disease are diagnosed in A&E or other urgent care – the highest proportion of any common cancer.

For most people, that means it’s too late for life-saving treatments and more than half of people die within three months of their diagnosis, making pancreatic cancer the fastest-killing cancer, according to charity doctors.

Diana Jupp, CEO of Pancreatic Cancer UK, said the pandemic, staff shortages and underfunding have all pushed the NHS to breaking point.

“Pancreatic cancer is the fastest killing cancer, and any delay in diagnosis and treatment could cost people their chances of survival. There is no time to wait.

“UK governments must introduce and implement funded cancer plans to provide faster diagnosis and treatment that will save lives, not just this winter, but in the future.

“We cannot afford to continue to waver from one escalating crisis to another. People with pancreatic cancer, their loved ones and hardworking NHS staff all deserve better.”

An NHS spokesperson said: “More people than ever before are being referred by their GP with suspected cancer, and more than 90% of people diagnosed with cancer begin treatment within a month.

“The NHS is investing billions to expand diagnostic treatment capacity, for which cancer will be prioritised, and has written to trusts with the longest arrears asking them to urgently draw up plans to reduce treatment expectations. cancer – helping them redesign their care to meet the increased demand.”

In a statement, the Department of Health and Social Care said: “Every cancer death is a tragedy. We are working at full speed to improve outcomes for cancer patients across England, including opening more of 80 community diagnostic centers that provided more than two million added scans, tests and check-ups. 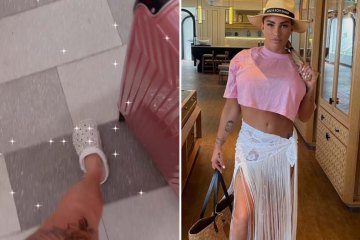 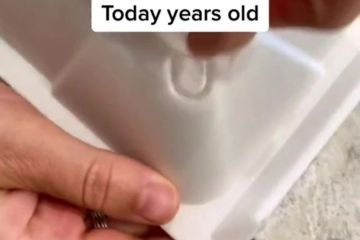 “In August, 92% of people started cancer treatment within one month of deciding to treat.

“We are also improving access to general medicine, so that patients who need an appointment can get one within two weeks and those with urgent needs are seen the same day.”